“Steve Scott is a rare individual who combines a deep love and understanding of Scripture with a passion for the arts.” – Steve Turner, journalist and author of The Gospel According to the Beatles. 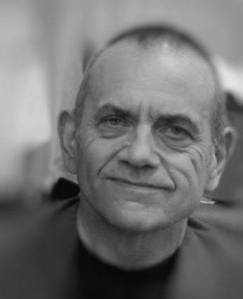 Upon completing art school in the mid-1970s, Steve moved to the United States at the request of a small record label and began recording songs. He now has ten albums of original work released on several small independent labels. The work ranges from rock music to more experimental poetry and spoken word, performed over electronic loop based compositions. One of the projects, titled “Crossing the boundaries,” was a mixed-media collaboration with painter Gaylen Stewart. Gaylen’s paintings and assemblages  were augmented with Steve’s  soundscapes and spoken word.  You can learn more about his recorded output here.

Steve also published several small press books of poetry, based on his travels as a lecturer and a performing artist in Asia and Europe. Some of the texts became part of the spoken word records. In addition to the poetry, Steve has also given numerous talks and lectures about art in different parts of the world—from University classrooms, to (dusty) arts tents at Rock festivals, and to a number of arts groups in places like the UK, Netherlands, South Korea, Singapore, and the People’s Republic of China.

Steve has been writing and publishing essays over the last 30 years that deal with art and spirituality as seen against a shifting background of different cultures and what some call `multiple modernities.’ Many of these essays were collected into two books, Crying for a Vision and Like A House on Fire, both published in the 1990s and reprinted in the 2000s. Read more about his publications here.

More recently Steve has been teaching on the Gospel of John as a creative resource for art makers, thinkers and seekers in our multicultural, postmodern age. More info here on the “Wedding at Cana” project. 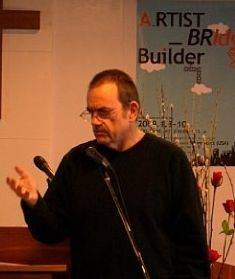 In addition to his work as an individual writer/performer and artist, Steve has spent the last twelve years as director of the organization CANA, the Christian Artists Networking Association. This organization sees the arts as crucial to the vitality of the global church, and an essential component of the larger multicultural spiritual dialog. Therefore, this organization is committed to learning better ways of engaging, connecting and empowering art makers in different parts of the world. CANA organizes conferences, maintains an arts and articles archive, and continues to build a growing database of artists and creatives.  Learn more about CANA here.